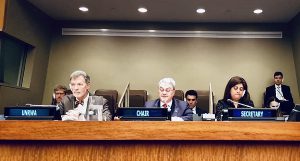 The Special Political and Decolonization Committee (Fourth Committee) concluded its meetings on 15 November 2019, in which it lasted for six weeks under the chairmanship of Iraq. The Committee adopted 35 resolutions and 3 decisions. As well as the Committee held 25 formal meetings and all the items of the Committee were discussed during the meeting.

Decolonization issues were discussed in the first week and 75 delegations made statements on the Non-Self-Governing Territories. The President of French Polynesia, the Prime Minister of Montserrat, the Governor of Guam, the Deputy Prime Minister of Gibraltar, the Special Adviser to the Prime Minister and the Foreign Representative of the Government of Anguilla made statements on the item mentioned above. A total of 130 petitioner and organizations spoke on the issues of French Polynesia, Gibraltar, Guam, New Caledonia and Western Sahara. The Committee adopted a total of 21 draft resolutions and 1 draft decision under these items.

The issues of media were discussed and the Committee of Media submit its report and the Under-Secretary-General for Global Communication made a statement on this subject, while Forty-one statements were made by Member States under this agenda. The Committee adopted the two draft resolutions listed in the report of the Committee of Media without a vote. Mine action was then discussed, 17 statements were heard in the general debate, and a draft resolution was adopted by consensus. 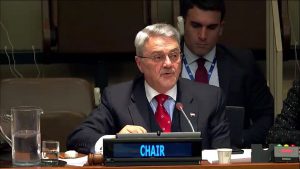 After the conclusion of the above item, the item of International cooperation in the peaceful usage of outer space was discussed and the Committee held a general debate in which 38 speeches were delivered. The Committee adopted its comprehensive annual resolution under this item without a vote. The Committee also held a joint panel discussion with the First Committee on possible challenges to space security and its sustainability.

With regard to the comprehensive review of the whole matter of peacekeeping operations in all its aspects, the Committee heard preliminary statements by the Under-Secretaries-General for Peacekeeping Operations, field support, management strategy, policy and compliance. A general debate was held, 71 delegations made statements and the issues raised by delegations during the general debate would be considered in more detail during the 2020 session of the Special Committee on Peacekeeping Operations. 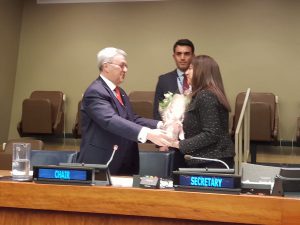 Under the item comprehensive review of special political missions, the Committee heard an introductory statement by the Under-Secretary-General for Political Affairs and Peacebuilding and the Under-Secretary-General for Field Support, in the same context, Member States made 27 statements and the Committee adopted the draft resolution by consensus.

During the last week, the two items of UNRWA and the report of the Special Committee to Investigate Israeli Practices Affecting the Human Rights of the Palestinian People and Other Arabs of the Occupied Territories were discussed and an interactive dialogues were conducted under both items. In the general debate, 40 delegations made statements on UNRWA and 28 on the report on Israeli practices. The Committee then adopted 8 draft resolutions.

Under the item revitalizing the work of the General Assembly, the Committee adopted draft decision L.9, which approved the proposed program of work for its next session in 2020.