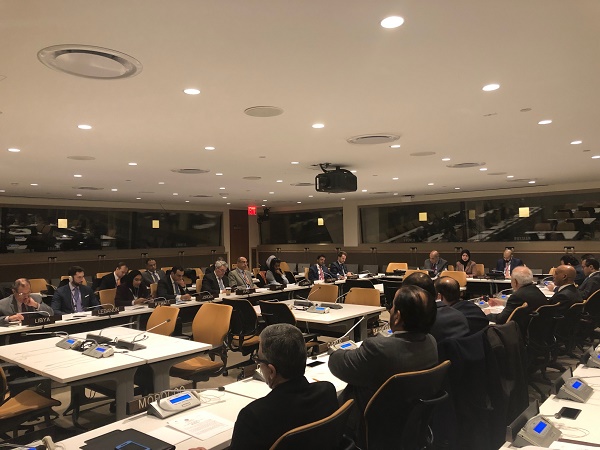 The Permanent Representative, Ambassador Mohammed Hussein Bahr Al-Uloom, participated in the meeting of the Arab Group in New York to discuss the latest developments of the Palestinian issue, in light of the recent Israeli attacks on Gaza and the ongoing discussions on the resolutions of Palestine at the 73rd session of the General Assembly and its committees.

As well as the Arab position to vote on the decision on the establishment of a nuclear-weapon-free zone and other weapons of mass destruction in the Middle East.