The Permanent Mission of Iraq to the United Nations in New York mourns the death of Dr. Adnan Al-Pachachi 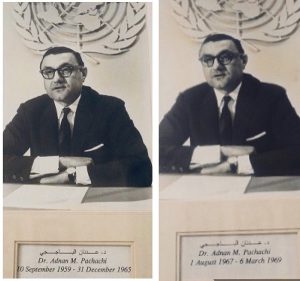 The Permanent Mission of Iraq to the United Nations in New York mourns the departure of the late politician and diplomat Dr. Adnan Al-Pachachii at the age of 96, who was a milestone in the political life in Iraq. He has assumed many responsibilities, including: the Foreign Minister, Iraq’s Permanent Representative to the United Nations, the President of the Governing Council and a political leader for more than 70 years. With his death Iraq has lost one of the important stature in its history.