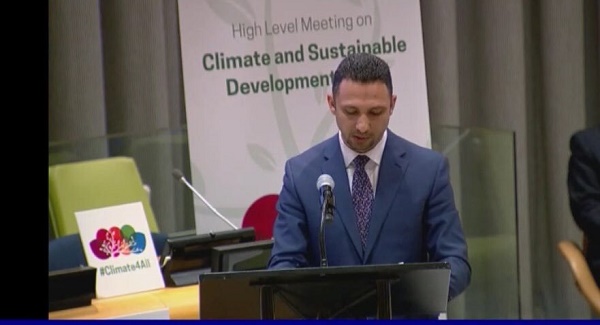 The delegation of Iraq delivered a statement noting that; despite being one of the least contributors to greenhouse gas emissions, Iraq was one of the most vulnerable countries to climate change, and that is why Iraq is firmly committed to responding to global actions towards nationally determined contributions to the United Nations Framework Convention on Climate Change with a view to significantly reducing greenhouse gas emissions.

Also, the statements states that, Iraq will face a range of complex and difficult challenges due to the impact of climate change, including water scarcity, land degradation, desertification, loss of vegetation, biodiversity and salinity, the statement said.

Furthermore, climate change threatens the coastal areas of the Gulf, in Basra Province, in southern Iraq, due to sea level rise, water temperature and increased acidity. This affects coral reefs and biodiversity in the marine environment and causes the loss of coastal land.

Iraq has pledged to commit to reducing emissions at a time when it has been at the forefront in fighting the world’s most virulent terrorism on its soil for more than a decade.