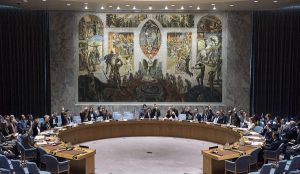 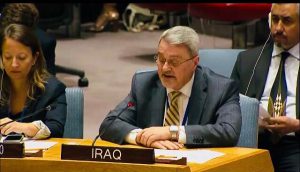 On 9/7/2018, The Permanent Representative of the Republic of Iraq Ambassador Mohammed Hussein Bahr Al-Uloom in the open session held at the Security Council on Children in Armed Conflict and preside by Mr. Stefan Löfven and attended by the executive director of UNICEF Ms. Henrietta H. Fore.

The Permanent Representative of Iraq made a statement in which he referred to the Secretary-General’s report and the constructive cooperation between Iraq and the United Nations to confront any violations against Iraq’s children and to assist children who were victims of terrorism in their rehabilitation and reintegration into society. Iraq expressed its readiness to adopt a joint work plan with the Office of the Special Representative of Secretary-General through a letter addressed from Prime Minister Dr. Haider al-Abadi to Ms. Virginia Kamba in January 2018. Iraq also formed a high-level national committee ratified by the Council of Ministers On 22 November 2017, concerned on monitoring and reporting the protection of the rights of children against violations.