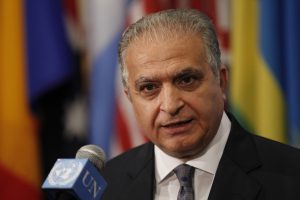 For the position of Executive Secretary of the Economic and Social Commission for Western Asia (ESCWA), the Secretary-General has selected Mohamed Ali Alhakim of Iraq, who since 2013 is the Permanent Representative and Ambassador of Iraq to the United Nations.

Mr. Alhakim brings to the position deep knowledge of the governmental landscape in the region, coupled with strong networks across the region. He was previously, Permanent Representative and Ambassador of Iraq to the United Nations, Geneva (2010-2013), Ambassador and Director of Arab, European, International Organisations and Policy Planning, Iraqi Ministry of Foreign Affairs, Baghdad, Iraq (2006-2010), Iraq Minister of Communications (2004-2005), Member of Iraq National Assembly and Foreign Relations Sub-Committee (2005-2006) and Senior Social and Economic Adviser to the Vice President of Iraq (2004-2010).