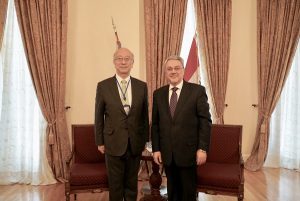 The Japanese candidate to the International Court of Justice Professor Yuji Iwasawa was also attended the meeting and provided an explanation of his plan of action after being elected to the above-mentioned court.