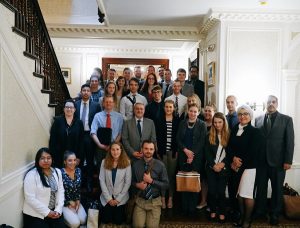 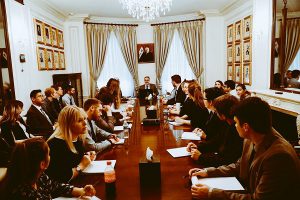 The permanent Mission of the Republic of Iraq to the United Nations in New York hosted a group of Political Science students of Wisconsin university on 07/06/2018, to present a lecture on Iraq and its relationship with the United Nations as well as the Regional and International role of the New Federal Democratic Iraq.

H.E. Ambassador Bahr AlUloom the Permanent representative of Iraq discussed several topics related to the history and polices of Iraq through various timeframes, highlighting the development of the Iraqi internal and external policies and elaborating on the well-earned victory over Dae’sh and the reconstruction phase of the devastated areas, as well as, the safe return of the Iraqi internally  displaced persons (IDPs) to their cities and home towns.