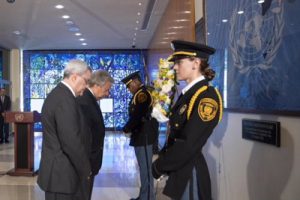 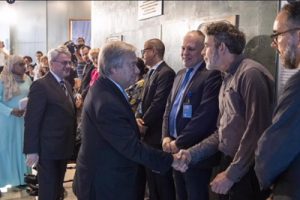 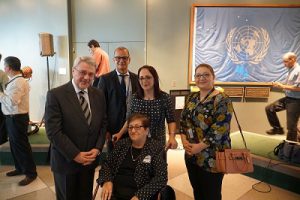 The Secretary-General of the United Nations along with Permanent Representative of the Republic of Iraq to the United Nations participated in wreath-laying and to stand a moment of silence in honor of the victims and remembrance of their lives as well as condemnations of this terrorist attack.

The Permanent Representative spoke with one of the Iraqi survivor of this terrorist act.